* EL TH will play League Route (unless CL TH is from any country ranked 13th or lower. In that case, EL TH would play Champions Route). More info at the bottom of this page. 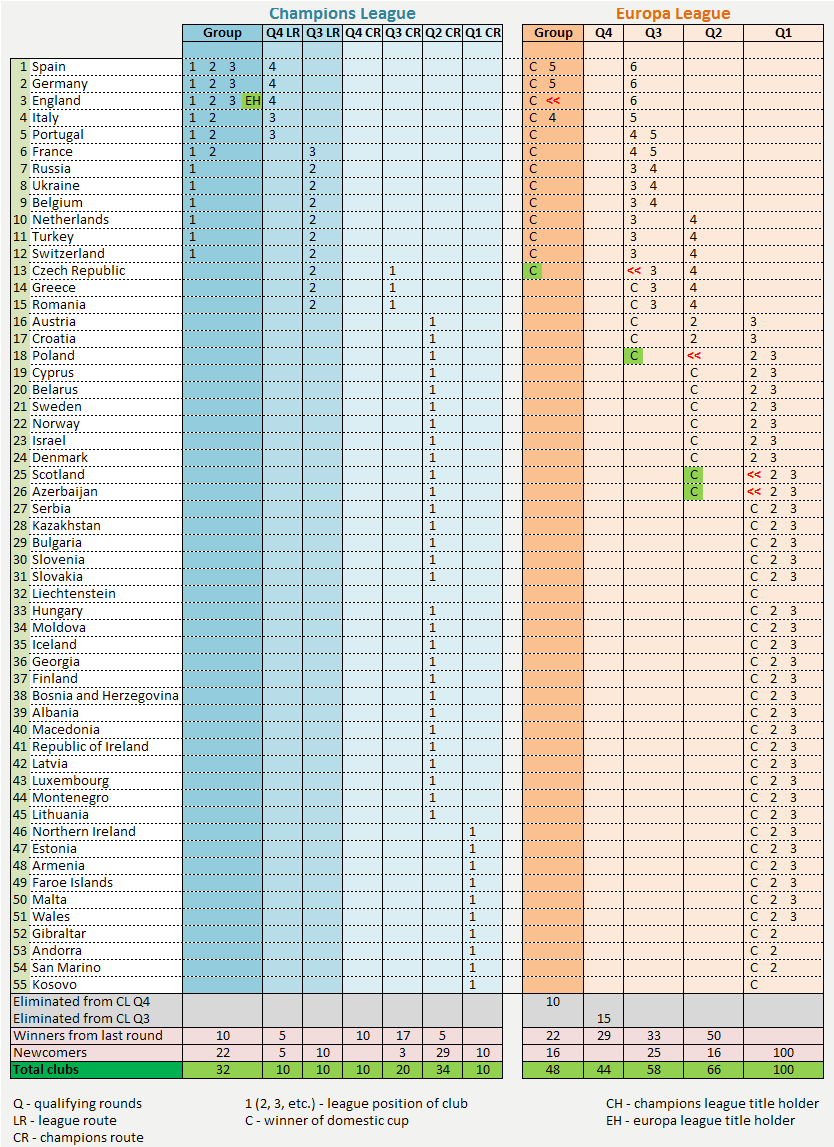 There are another possible changes in Champions Route, but they are very unlikely because need of TH from country outside top12. In some cases where changes to Access List of CL are made - there may be minor changes in Europa League because different number of CL Q losers moved to EL. More detailed informations will follow later (when will be known, which cases, i.e. changes, are actually possible).
Notes:
1) Because Liechtenstein doesn't organise the league system, only cup winner qualifies for European Cups (Europa League).
2) Lowest spots in England (6th) and in France (5th) are reserved for domestic league cup winners. 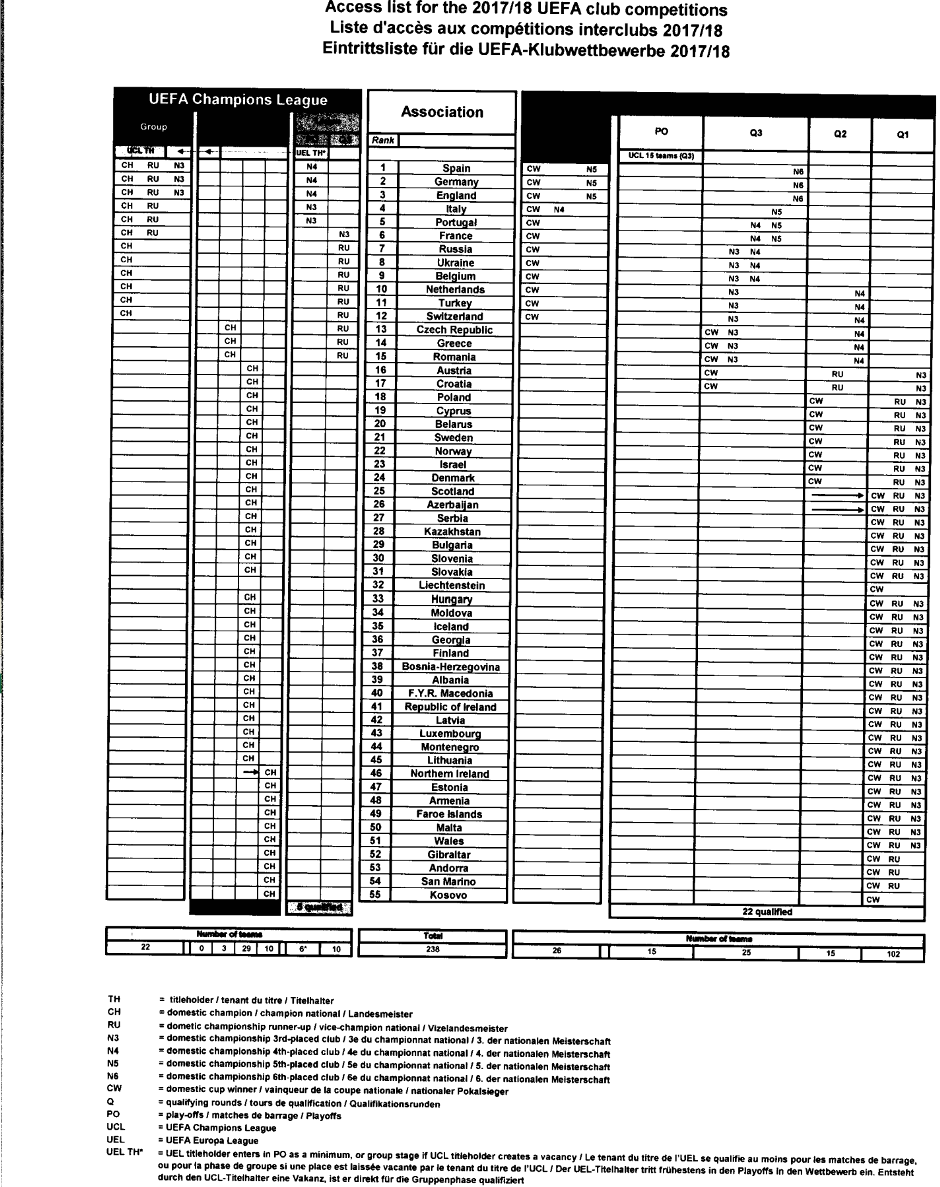