Also in this season, the winner of previous UEFA Europa League (2015/2016) will automatically qualify for UEFA Champions League 16/17. EL winner will enter at least 4th Q round*, and will enter the Group Stage if Champions League title holder spot is not used (i.e. Champions League 15/16 winner qualified for CL 16/17 Group Stage also via domestic league). Of course, the limit of five clubs from one country in Champions League is also still valid. Only change is cancellation of EL spots for three Fair Play Competition winners (that means domestic cup winners from Sweden, Bulgaria and Norway will start in Q2).

* EL TH will play League Route (unless CL TH is from any country ranked 13th or lower. In that case, EL TH would play Champions Route). More info at the bottom of this page. 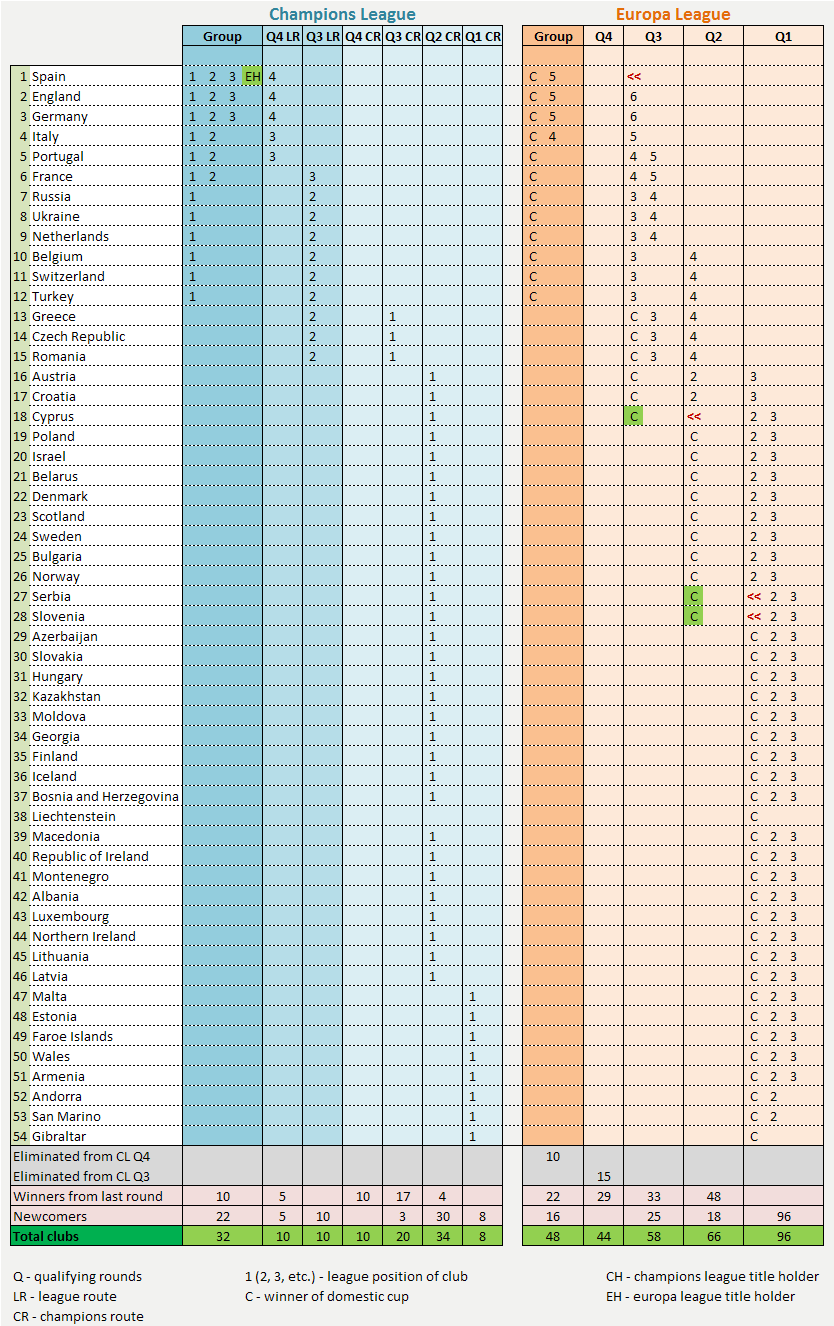 There are another possible changes in Champions Route, but they are very unlikely because need of TH from country outside top12. In some cases where changes to Access List of CL are made - there may be minor changes in Europa League because different number of CL Q losers moved to EL. More detailed informations will follow later (when will be known, which cases, i.e. changes, are actually possible).
Notes: 1) Because Liechtenstein doesn't organise the league system, only cup winner qualifies for European Cups (Europa League). 2) Lowest spots in England (6th) and in France (5th) are reserved for domestic league cup winners.