UEFA Country Ranking 2015 / 2016 will determine number of places allocated to associations for Champions League and Europa League in season 2017 / 2018 (you can see Access List - allocation of places for each Country Ranking position on the right side of this table). More info at the bottom of this page. Example (due frequent confusions): Austria will finish at 12. position in this Country Ranking 2015 / 2016, so winner of Austrian Bundesliga (in season 2016 / 2017) will start in Champions League group stage in season 2017 / 2018.
For results and full coefficients details visit season review 2015/2016. If you still see old data despite update, refresh the webpage. 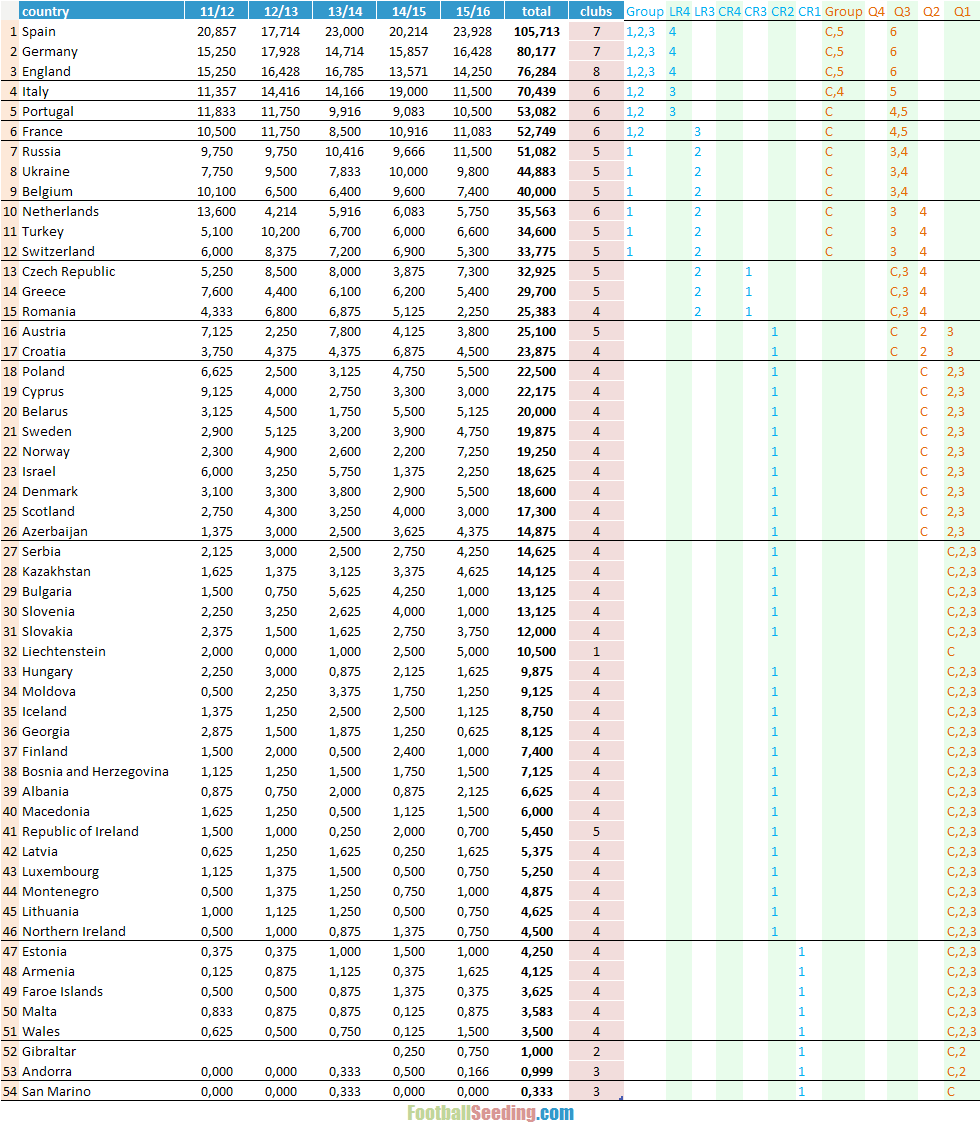 There is an access list next to the table. In blue color is access list for Champions League season 2017/2018 and orange color indicates access list for Europa League season 2017/2018. Numbers indicate league position (1 = winner of league, 2 = second team in league and so on) and C = winner of domestic cup. Top row shows where each club will start (LR / CR = League route qualification / Champions route qualification). Lines indicate differences in access list between final positions. For calculation details click here.