it was a lot of work, but now the time has finally come:

The LIVE UPDATE AREA is online !!!

The coefficient rankings are now updated LIVE in this area. Which means that even during the games you will be kept in the loop. At the same time, we have adapted the web design for this area.

If you have any comments or suggested improvements, please feel free to contact us. Of course, you are welcome to promote the new Live Update Area. :-)

UEFA Country Ranking 2019/2020 will determine number of places allocated to associations for Champions League, Europa League and new competition Europa Conference League (ECL) in season 2021/2022. Access List (on the right side of the table) is officially confirmed by UEFA and as we can see - there is no change in Champions League.
Difference is in case of Europa League: There will be only 32 clubs (and not 48 as in the past) participating in Group Stage. Those clubs will be only from top 15 associations + league champions eliminated in Champions League qualification. Another 32 clubs will take part in Conference League Group Stage. More details are at the bottom of this page.
For results and full coefficients details visit season review 2019/2020.

The ranking shown below is no longer updated. For the current ranking please click here: 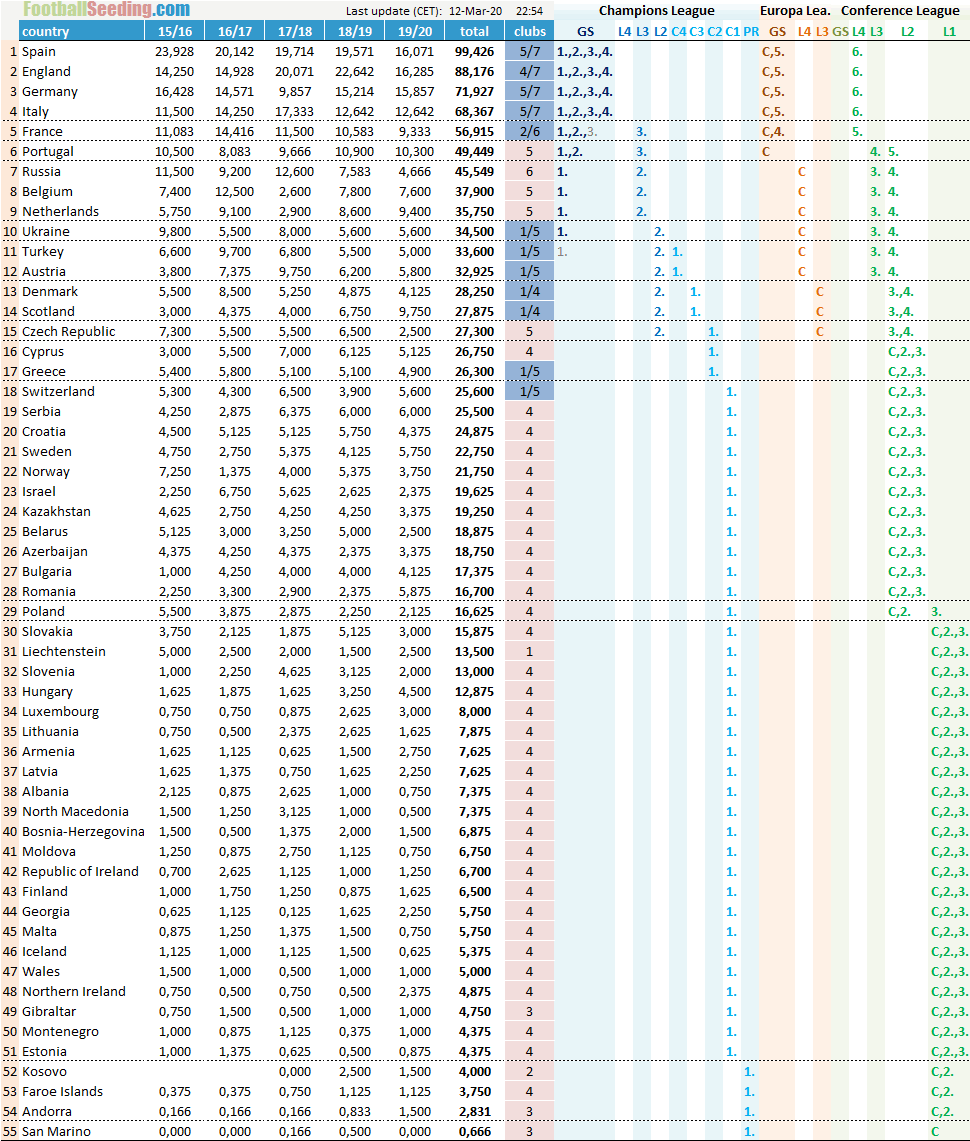 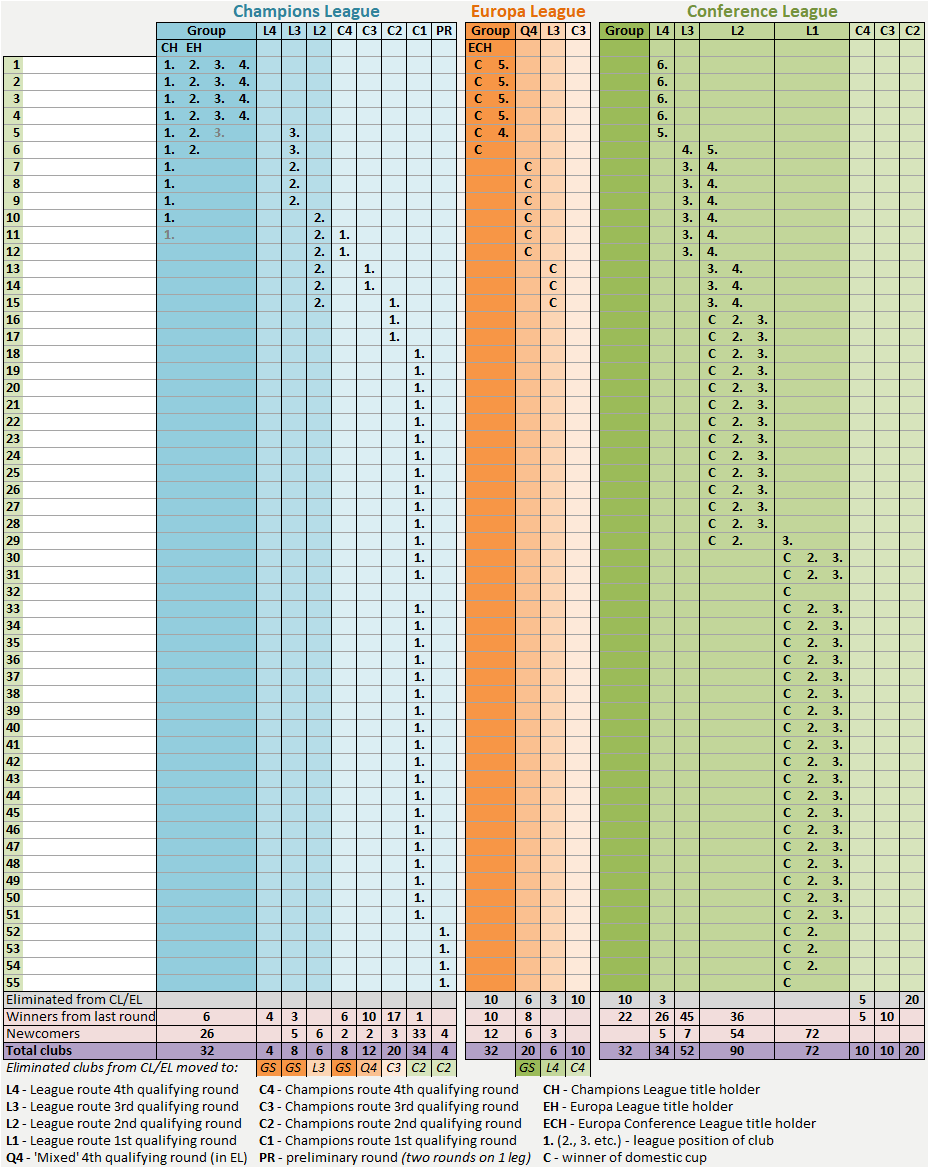