FIFA World Cup 2014 draw was held on 6. 12. 2013 at 17:00 CET. Seeding was based on World Ranking FIFA. First Pot contained host and best seven teams in October's version of ranking. Rest Pots were filled by geographic key.

At the start of the draw, FIFA has drawn one European team from Pot 4 - Italy, which was moved into Pot 2, where has been one empty place. Italy could be drawn only against South American team from Pot 1. 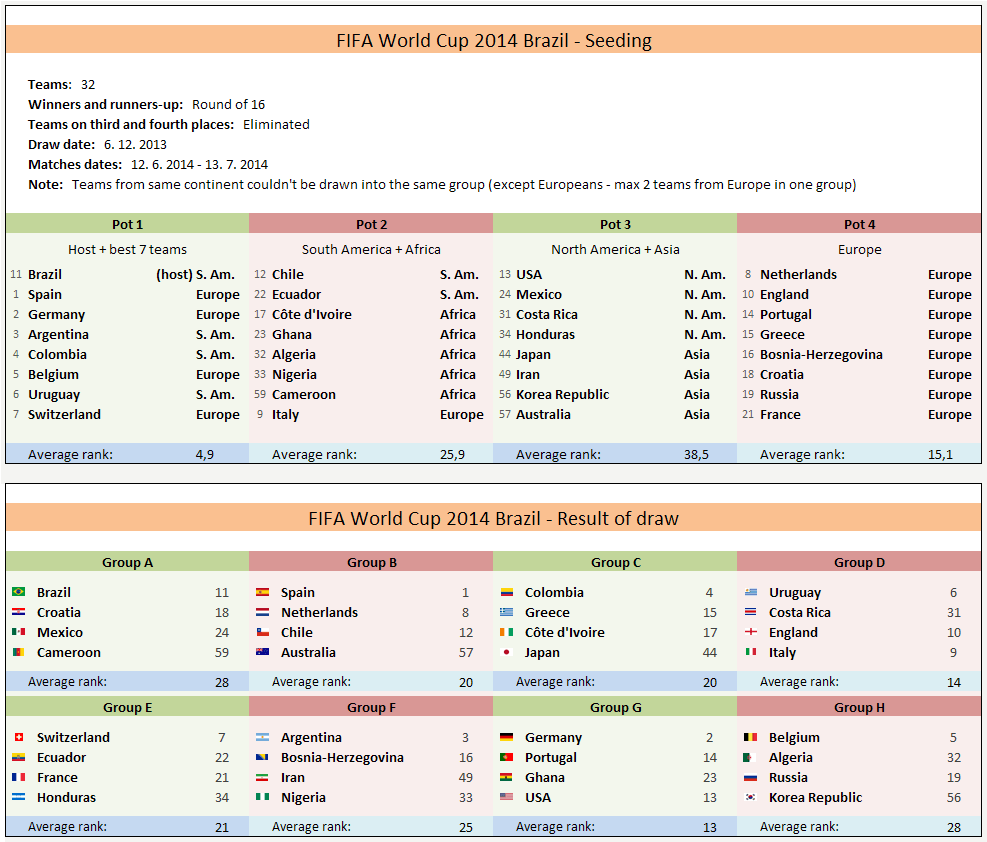 All listed times are in CET. Matches which begin in night hours (0:00 or 3:00 CET) are assigned to previous day. 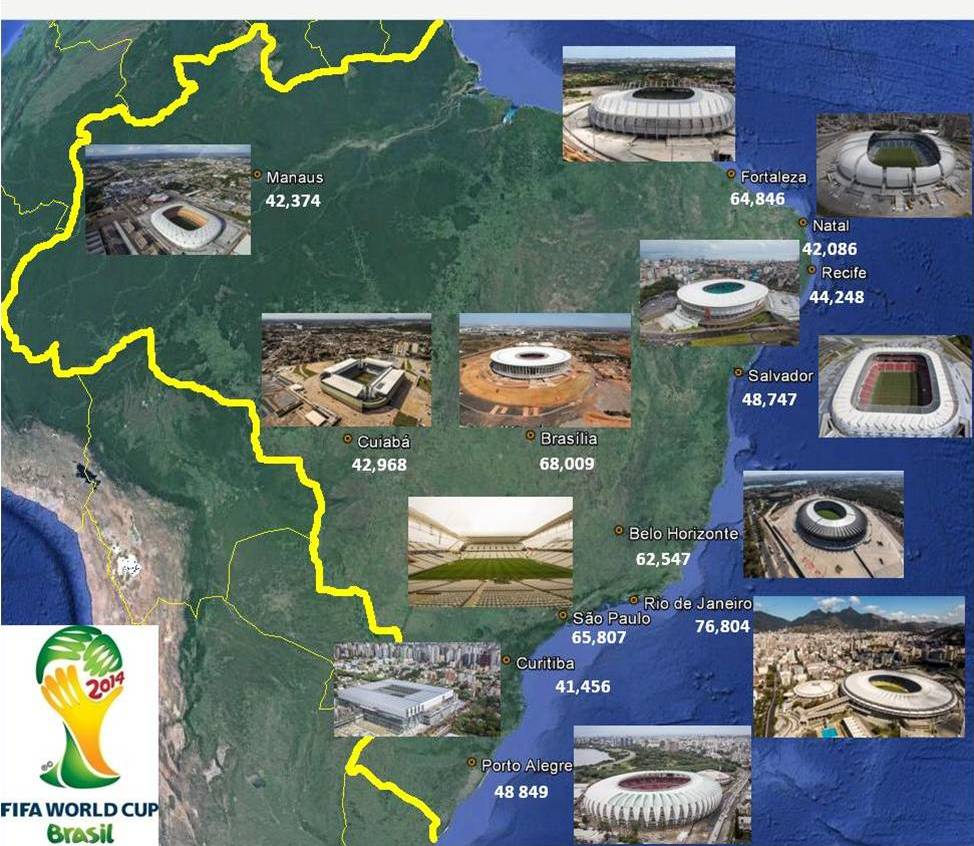 This page used Google Maps and pictures taken by copa2014.gov.br under the Creative Commons License.