Competitions are divided into 3 periods due opportunity to make better comparison between achieved results. For example best Albanian result in Champions League / European Cup is participation among last 16. But this result has been achieved in period 1 (1956 - 1992), when reaching the last 16 has required only one winning tie. On the other hand - KF Skënderbeu didn't qualify for main phase of Champions League in 2015/16, but their reaching of 4th qualifying round has required more winning ties than mentioned participation among last 16 in former European Cup. Following table shows formats and approx. number of teams in all periods (rare preliminary rounds with just few teams aren't listed).

Also historical results of FIFA World Cup and UEFA Euro are divided into more periods. FIFA World Cup periods: 2) World Cups since 1998 (current format of final tournament with 32 teams and qualification with approximately 50 members of UEFA / 200 members of FIFA); 1) World Cups 1930 - 1994 (16 or 24 teams in final tournament, usually every third European team could qualify from qualification because less number of UEFA members and relatively high number of WC spots reserved for Europe - due few contenders from rest continents). UEFA Euro periods: 2) Euros since 1996 (current format of final tournament with 16 or 24 teams); 1) Euros 1960 - 1992 (final tournaments with only 4 or 8 teams).

Charts of UEFA Country Ranking and National Ranking UEFA currently shows only coefficients since 2000 because results from preceding years are not too much comparable especially due dissolutions (Czechoslovakia, Soviet Union, Yugoslavia) in 1990s, which meant affiliation of nearly 20 new UEFA members. Of course, these dissolutions were also one of the reasons, why historical results were divided into more periods. 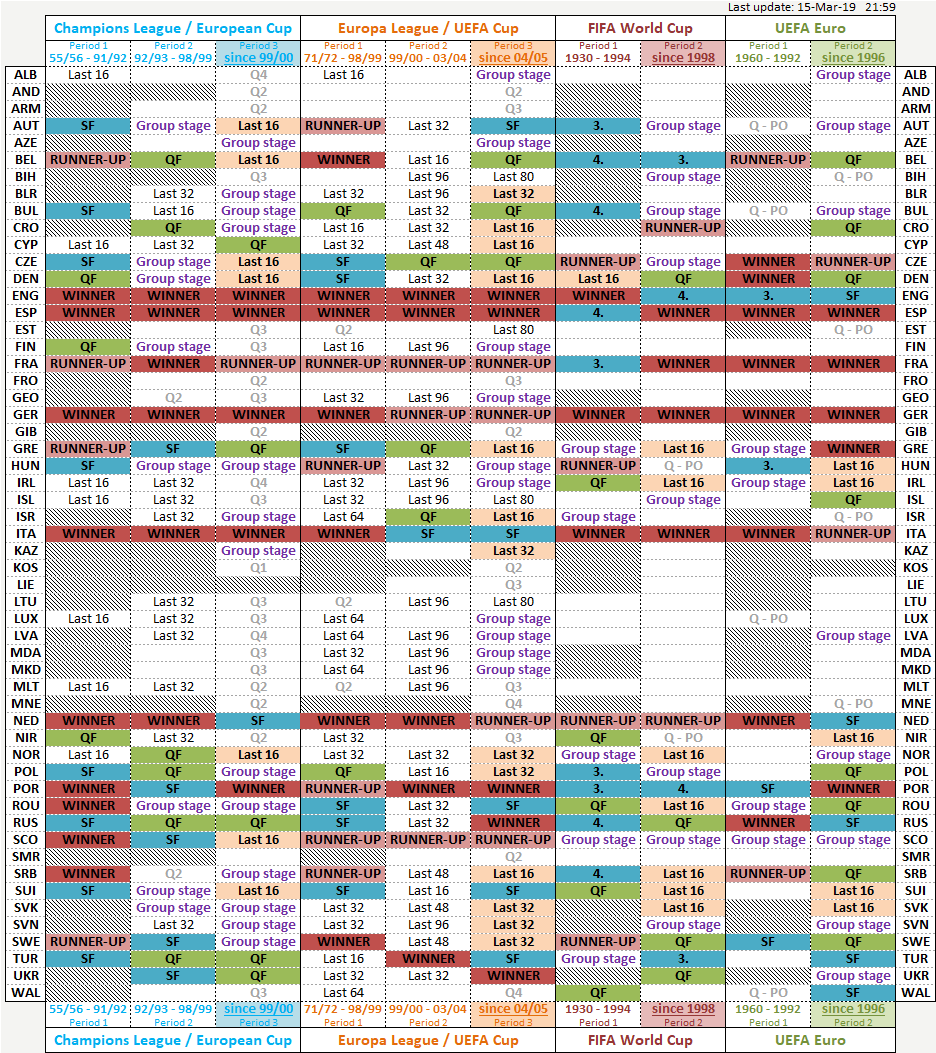