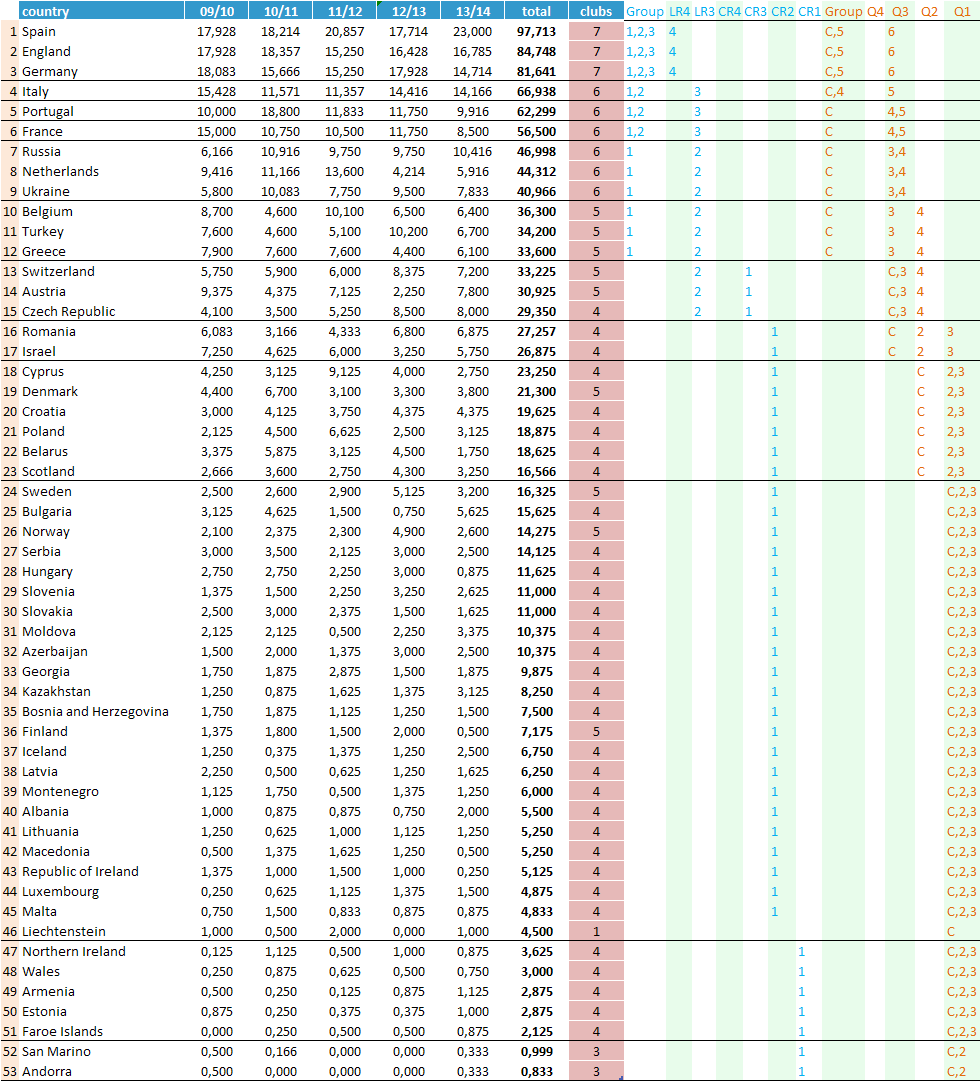 Numbers in columns indicate earned points in given season. Column "clubs" indicates number of clubs in current european season (still in competitions / total number of clubs). Due opportunity to know which country is most successful so far, bonus points will be awarded before start of the given round.

There is an access list next to the table. In blue color is access list for Champions League season 2015/2016 and orange color indicates access list for Europa League season 2015/2016. Numbers indicate league position (1 = winner of league, 2 = second team in league and so on) and C = winner of domestic cup. Top row shows where each club will start (LR / CR = League route qualification / Champions route qualification). Lines indicate differences in access list between final positions. For calculation details click here.